USA Graphite Inc (USGT) just recently started trading on November 12, 2012.  Since that day, the USGT share price has fallen from $.67/share to $.40/share as of the last close.  USGT has lots of connects to past pump&dumps and a history that suggests it could be set up for a future paid promotion.  Some are even speculating that USGT could be the next Hack the Stock Market pick due out on Monday, December 10th.

Recently, on November 19, 2012, USGT entered into a Property Option Agreement with Nevada Minerals Holdings Inc for the rights and option to purchase 100% of the mining interests for a property known as the Blue Wing Mountains Graphite Project located in the Churchill, Elko, Pershing, and Washoe Counties of Nevada.    The agreement requires USGT to pay $50,000 and issued 5,000,000 restricted shares up front then to pay another $450,000 over the course of 3 years and invest $1,000,000 into mining operations over the course of 4 years.

Graphite is not mined in the USA, but synthetic graphite is.  More about the Blue Wing Mountains Graphite Project can be found at the USGT website here.

USGT hasn't even put a shovel in the ground yet and they are already self-promoting the stock using 3rd party videos (found below taken from the USGT website) that tout the most extreme and advanced forward looking uses for graphite.  It seems obvious that USGT is being positioned more for promotion than it is for actual production.

To understand better whether there is any chance of USGT becoming a productive graphite mining company some day taking part in some of the technological advances that use graphene we need to spend some time researching the company's history, set-up, and insiders.

USA Graphite Inc was originally incorporated in the state of Nevada on December 13, 2005 as PTM Publications Incorporated.

PTM Publications Incorporated filed an SB-2 to go public on April 27, 2006.   The attorney helping with the SB-2 filing was Michael Kessler.  Just one month earlier in March of 2006, Michael Kessler was involved in taking another shell public which would eventually become Independence Energy Corp (IDNG).  IDNG turned into a major Bollinger Report/Paradigm stock promotion that went from $.45/share to $4.81/share before crashing down below $.01/share.  See our IDNG report here.

Nothing much happened over the next 4 years.  The share structure remained unchanged.  The stock didn't trade and eventually the cash ran out.

On October 27, 2009, all of the original officers/directors resigned and Patrick DeBlois was assigned as the new sole officer/director of the PTM Publications Incorporated shell.

On December 15, 2009, Patrick DeBlois brought in his good friend Eden Clark to serve as the shell's secretary.

Aimhighprofits did a nice job of profiling Ms. Clark's background in this report from May 29th.

Patrick was listed as the Chairman of the Board, President, CEO, Principal Executive Officer, CFO, Treasurer of Magnum Oil Inc., since October 27, 2010. He was President, CEO, Principal Executive Officer, Treasurer, CFO, Principal Accounting Officer, Treasurer and as Director of the company.  Patrick also has been the Director and Proprietor of the Minakwa Lodge in Northern Ontario since 1999. Note: On December 14, 2009 when Patrick took over PTM Publications Inc. (see here).  The next day, Patrick resigned as Secretary of the Company and appointed Eden Clark as its new Secretary. (see here) 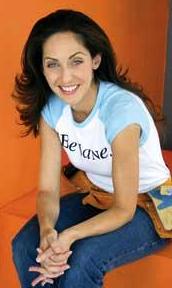 From ’97 to ’01, Eden was a founding team member of Onvia.com Inc. (Nasdaq:ONVI), assisting it in the Company’s growth from a small start-up to more than 300 employees and $140 million in revenue.  From ‘o2 to ’08 Eden Clark was Eden Jarrin before she married, founder, CEO and the sexy half of BeJane.com Inc., a media and web company focused on the niche segment of women’s home improvement and décor, leading breakthrough partnerships on new initiatives with such companies as MSN and Bank of America, and was featured in hundreds of national TV and print media such as TIME, Entrepreneur, People Magazine, Wall St Journal, CNN, The Today Show, and more.  Currently, Eden is President of eDivvy.com Inc., a private payment technology company, leading the company’s strategic initiatives, branding, and business development efforts.

Readers from our site may also recognize the duo of Patrick DeBlois and Eden Clark from a report for Bold Energy Inc (BOLD) published on this site just 3 days ago found here.  With BOLD, DeBlois and Clark had their roles reversed.  In BOLD, DeBlois was serving as the secretary and Clark held all of the other officer positions.

On June 17, 2010, a Nevada business entity called Magnum Oil Inc was created for the mere purpose of merging it into the PTM Publications Incorporated shell to effect a name change.

On July 15, 2010, the merger took place and the name of the PTM Publications Incorporated shell was changed to Magnum Oil Inc (MGNI).

Over 19 months passed after the name change to Magnum Oil Inc (MGNI) without any changes in business operations or share structure.  During this period the shell survived on borrowed money from unnamed shareholders.

On March 30, 2012, another Nevada business entity was created called USA Graphite Inc once again for the mere purpose of merging it into the now Magnum Oil Inc shell to effect a name change.

The 2 forward splits while all the shares were insider owned which created ridiculously cheap shares for the insiders makes USGT seem like a very very obvious insider enrichment scheme.

The Nevada business entity for USGT can be found here.

On November 8, 2012, Patrick DeBlois and Eden Clark resigned from their positions.  They played their roles of setting the shell up for future insider enrichment very well.

Wayne Yamamoto took over as the sole officer/director of the USGT shell.

Wayne Yamamoto's bio which includes a unique background in computer technology and finance related to publicly traded companies can be found below:

Wayne Y. Yamamoto, brings over 30 years of successful leadership and innovation in the area of information technology, software development and corporate financing. Mr. Yamamoto was the President of Call/Recall which is the first company to develop and patent terabyte optical storage technology. As the CTO of W&W, Mr. Yamamoto led a team to create the first interactive television system for the cable industry. At Quark, Mr. Yamamoto was a member of a 5 man executive management team that led Quark to worldwide expansion, while maintaining industry high profit margins. Mr. Yamamoto has also held executive positions or served as a board member of several startups including ResTech, Sierra Medical, Photonic Storage Systems, Clareos, Arbor Software, and Solutions Technology.

Since 1998, Mr. Yamamoto has been focused on investment banking and structuring financial transactions as the Managing Director of a private investment fund, a director for First Wall Street Capital and as an independent consultant with experience in international commodities trading (petroleum products and Iron Ore), technology, gaming, hospitality, entertainment and large commercial real estate development. Mr. Yamamoto has complete deal making experience including:

Mr. Yamamoto's bio fits well for the forward looking business plan touted on the USGT website (see videos at the beginning of this report) to some day produce the type of graphite that can be used for cutting edge computer technology.

At the same time as the change in management, USGT also made a change in legal counsel bringing famous pump&dump attorney, Luke Zouvas, on board.  Luke Zouvas was a long time senior partner of the Carrillo Huettel LLP law firm during many of that legal firms biggest pump&dump projects.

Wayne Yamamoto and Luke Zouvas probably met because they are both based in San Diego.  Here is the website for Wayne Yamamoto's other company, Restect Corp for which he acts as a director.

Back in 2004, Wayne Yamamoto was the CEO of publicly traded S3I Holdings Inc (SEIH) [nka Redwood Group International (RDWD).  When he resigned in September of 2004, Shane Traveller took his place.  Shane Traveller recently got busted for Securities Fraud based out of San Diego.  One of Traveller's partners in that scheme, Mark Lefkowitz, just pleaded guilty in a separate FBI lawsuit found here.  Also working with the SEIH shell was Zouvas.

And that takes us back to where this report started.  The stock finally began to actively trade on November 12, 2012 more than 6 years after first being granted public trading status.

The agreement for the acquisition of the Blue Wing Mountains Graphite Project in Nevada on November 19, 2012.

I have very little doubt that USGT is set up for a future paid promotion.  Those 92,400,000 free trading seed shareholder shares are going to make our anonymous insiders very rich.  I'm not completely sold that the promoter that will be used will be Hack the Stock Market, but I do expect that at some point, USGT will become the focus of a top level promotion company.  The ticker is pretty much ready to go at any time.  Could be tomorrow.  Could be weeks down the road.

Howdy,
Type keyword to search post, page, product and other post-types
Or type / to get help
Buy Premium Version to add more powerful tools to this place. https://wpclever.net/downloads/wp-admin-smart-search